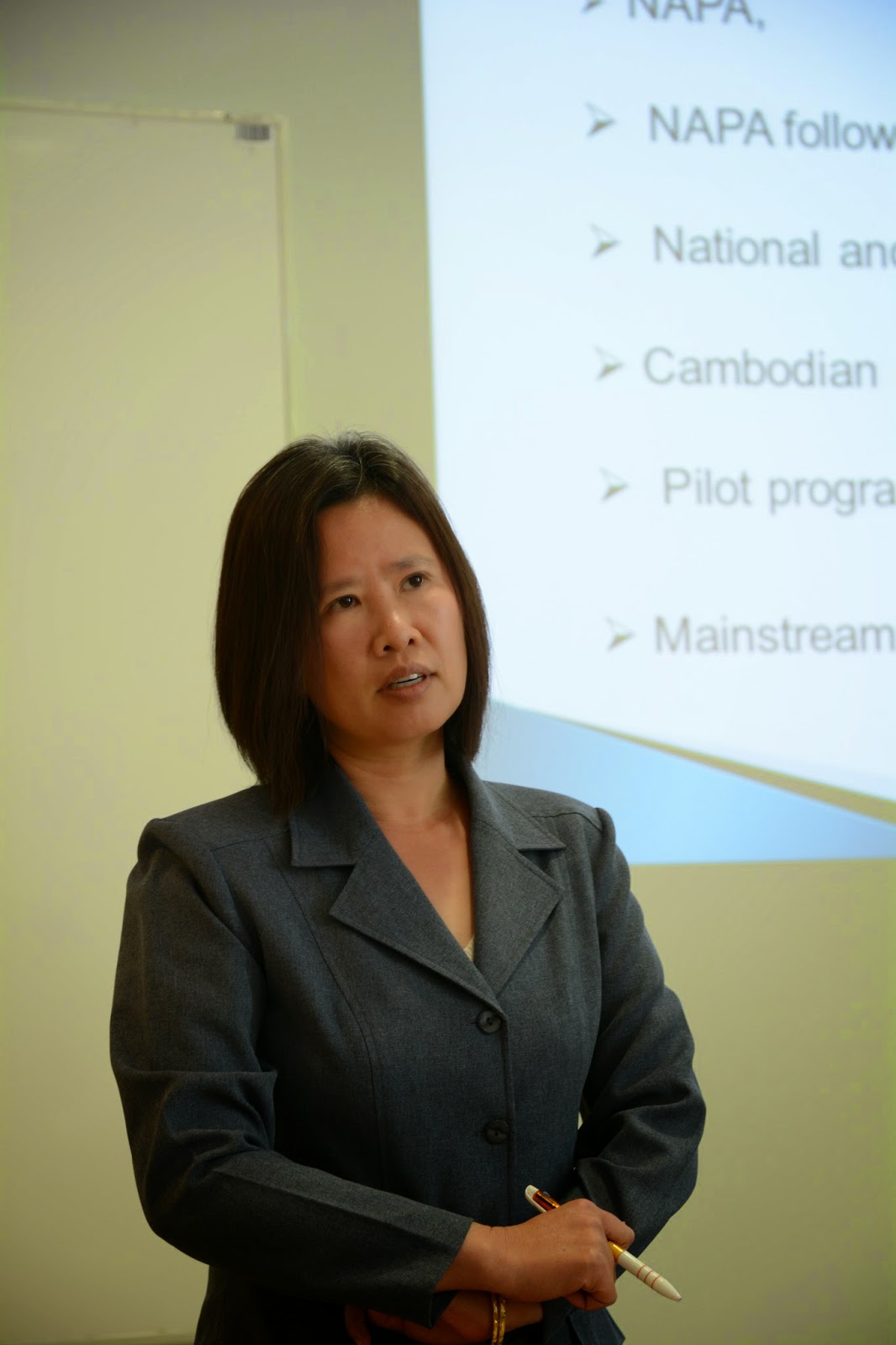 Prior
to FFRC annual conference, climate change mitigation and adaptation, renewable
energy production and Finland’s role in the Mekong region were discussed with
local researchers and Finnish experts in a seminar organized by the FFRC,
Development studies at the University of Helsinki and Siemenpuu Foundation on June
9th 2014. The event gathered a wide audience of NGO and private
sector representatives, universities and development policy officials. One of
the key topics on the agenda was possible benefit sharing schemes and possibilities
in the context of hydropower development and social impacts to locals in the
region.

The seminar was opened by research director
Jyrki Luukkanen, who gave a compact insight into the recent developments in the
region with Laos and Cambodia under focus. Even though still among the LDC’s,
both are developing rapidly with massive needs for more intensive energy
production.  Luukkanen argued that whilst
the amount of investments is growing, funds are not used for national social
development, such as education. The balance of economic growth with positive
development impacts to the poor while protecting the environment is yet to
achieve.
The
opening presentation was followed by Dr. Louis Lebel, director at the Unit for
Social and Environmental Research (USER) at University of Chiang Mai, Thailand. Dr. Lebel presented a case study from
Sirikit Dam, Thailand, to demonstrate several framings of benefit sharing
schemes that should initially mitigate the negative impacts of hydropower
developments. The idea of benefit sharing is that often the profit of such
projects does not trickle down to locals who, inevitably, need to deal with the
negative impacts of dams, or the environment and local biodiversity that are
degraded because of logging, distraction in ecosystems and sedimentation. Negative
social impacts would be loss of livelihoods, loss of land and loss of social
networks, which are often not adequately compensated.  Dr. Lebel argued that whilst more benefit
sharing programs are needed and they can contribute significant wealth to
locals and protect the environment, they need to be properly planned and
carried out.
Cambodian
researchers from Royal University of Phnom Penh (RUPP) Ms. Dany Va and Mr. Try Thuon
gave their findings on local research capacity related to climate change, and
more insights on benefit sharing opportunities and its suggested focus. Ms. Va
pointed out that local institutions and universities lack funding, capacity and
crosscutting coordination, and climate change related research in Cambodia is
often donor driven and thus not empowering from within. Mr. Thuon suggested a
tool to measure which benefit sharing method would be most suitable in each
case, underlining the fact while there is now an interest to apply them in
Cambodia, not all schemes work in every context. However, there is an
undeniable demand to allocate profits back to the affected people.
Timo
Kuronen and Liisa Uimonen from Siemenpuu Foundation focused on the controversial
role of mainstream Mekong dams and Finland’s indirect role in such
developments, highlighting the case with Xayaburi dam and Pöyry’s consultation.
The case did leave a stain on Pöyry’s reputation, but has not prevented it from
being involved with new hydropower projects in the region.
The Pöyry case was followed by a closing panel with Maria Notley, Ministry for Foreign
Affairs; Timo Räsänen, Aalto University; Otto Bruun, Siemenpuu Foundation and
Ms. Dany Va. The complex situation with diminishing ODA, rapid growth,
prevailing inequality and climate change seem to create a platform that is
impossible to enter from only one point of view. While providing the access to
energy and electricity that will promote growth even further, the countries
easily fail to address the poor and marginalized who would need socially
sustainable development benefits the most. Questions on Finland’s foreign
policy and funding allocations in the Mekong, regions future and hydropower
developments provoked several comments also from the audience, and thus the
seminar run a bit overtime. Ms. Va pointed out that developing countries such
as Cambodia should prefer quality over quantity when it comes to growth, and
this could easily work as a guideline in tackling many other development issues
too.