At the beginning of November I travelled to Vientiane for two weeks to interview key stakeholders and actors of the Laotian water management sector to update information related to the progress of Integrated Water Resources Management (IWRM) at Nam Ngum River Basin (NNRB). I met many experts and officials from the Department of Water Resources of Ministry of Natural Resources and Environment (MONRE), Ministry of Agriculture and Forestry (MAF), Ministry of Energy and Mines (MEM), Mekong River Commission, Electricite du Laos (EdL), Asian Development Bank, the Australian Agency for International Development (AusAid), International Union for Conservation of Nature (IUCN), International Water Management Institute (IWMI), National University of Laos (NUOL), etc. This post gives information on Nam Ngum River Basin (NNRB) features and insights of what is currently happening in the field of water management in NNRB and what challenges the operationalization of IWRM is facing at the basin level in Laos based on the interviews and very recent project documents and reports of NNRB. 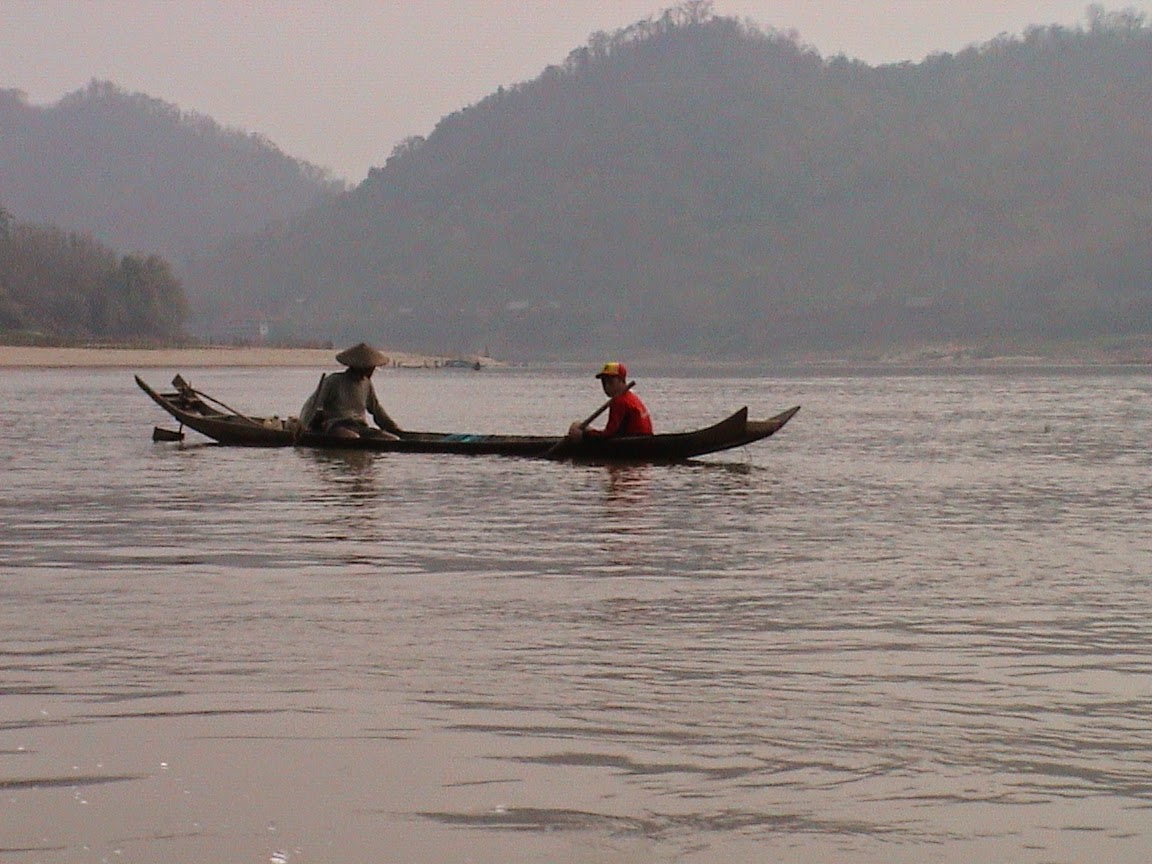 Optimal use of water resources is critical to realizing the Lao Government’s strategic objectives of poverty reduction and sustainable economic growth. Strengthening of an Integrated Water Resource Management (IWRM) framework will be particularly essential in supporting the broader goals and strategies of inclusive economic development. IWRM tries to take into account all natural aspects of the water resources, all sectoral interests and stakeholders, the spatial and temporal variation of resources and demands, relevant policy frameworks, and all institutional levels. IWRM, in the context of a river basin, is about management of the limited water resources in a river basin for an optimum outcome among different competing water users.

With the second largest annual flow and population, the Nam Ngum River Basin is one of the most important river basins in Laos including 16 districts in Luang Prabang, Vientiane, and Xiengkhouang provinces, and Vientiane Capital. NNRB is the first large river basin where water resources were utilized significantly through inter-river and inter-watershed diversions, reservoir management, hydropower generation, and irrigation. It is considered the most important food production area in the country with more than one third of the nation’s irrigated areas. It contains some of the biggest hydropower dams (7,300 million m3 of storage capacity and 1,050 MW installed), richer mining sites (gold, copper) and some of the most relevant industrial (cement, steel, chemicals) and tourist sites.

Hydropower projects and large expansion of irrigation development together with population growth and urbanization will have a big impact on water resources, environment and people living in the Nam Ngum River basin area. Water pollution and flood risks, and climate change are also putting major pressure to the management of basin’s water resources. According to the many interviewed officials the basin suffers from some seasonal and spatial water shortages. Many experts also stated their concern over increasingly deteriorating water quality due to growing pressure for example from the growth of urbanized areas and the establishment of new hydropower, mining, industrial activities and chemicals used for agriculture.

In NNRB, land use is changing fast and in less than a decade, the urban areas have almost tripled and the forest cover has decreased from 47% in year 2002 to 36% in year 2010. The seasonal nature of the rainfall in the NNRB produces local circumstances of flood and drought, but it is also influenced by the fact that the operation of the existing hydropower dams does not apply a cascade management strategy of discharges to thwart its effects. Groundwater resources in the NNRB are barely analysed but some initial researches show that there is a zone of moderate potential in the headwater area of the basin, and high potential in the Vientiane Plains area. Some of the expected direct consequences of climate change in the basin are the increase of precipitation and the mean temperature. (Draft NNRB Profile 2013).

The Nam Ngum River Basin (NNRB) is regarded as the pilot basin in Laos for the development of the IWRM working mechanism and processes that will subsequently be applied to other basins in the country. The aim is to devolve water planning at a river basin level, and river basin organisations (River Basin Committees) are being tested to assess the appropriateness of this approach in Laos which is a positive sign towards IWRM. River Basin Committees aim to act as coordination and negotiation mechanisms at the basin or sub-basin level. The first river basin organization – Nam Ngum River Basin Development Committee (NNRBDC) was established in 2010.  The Lao Government has set a target for the year 2015 that at least five large basins will have a River Basin Plan incorporating the Integrated Water Resources Management (IWRM) principles. Even if there is a long-standing practice on planning in Lao PDR, integrated river basin management plans are still a relatively new concept and there is not much experience yet in the country. Many of the interviewed officials stated that the establishment and implementation of IWRM approach and related processes is very long and time-consuming process and Laos is still taking its’ first steps on this road.

The Lao government is currently developing IWRM for the Nam Ngum river basin (NNRB) with assistance from, among others, the Asian Development Bank (ADB) and AusAid which is funding National IWRM Support Program. The project aims to develop institutional capacity of the Department of Water Resources to support IWRM implementation. The project generally aims at enhancing the institutionalization of IWRM in the mainstream management process of the Government at every level from central to lower levels at provincial and district levels. One of the projects’ output is to formulate the Nam Ngum River Basin Management Strategy which will provide a short, medium and long-term view on the management of the basin, defining in detail the approaches and mechanisms to be followed and established. 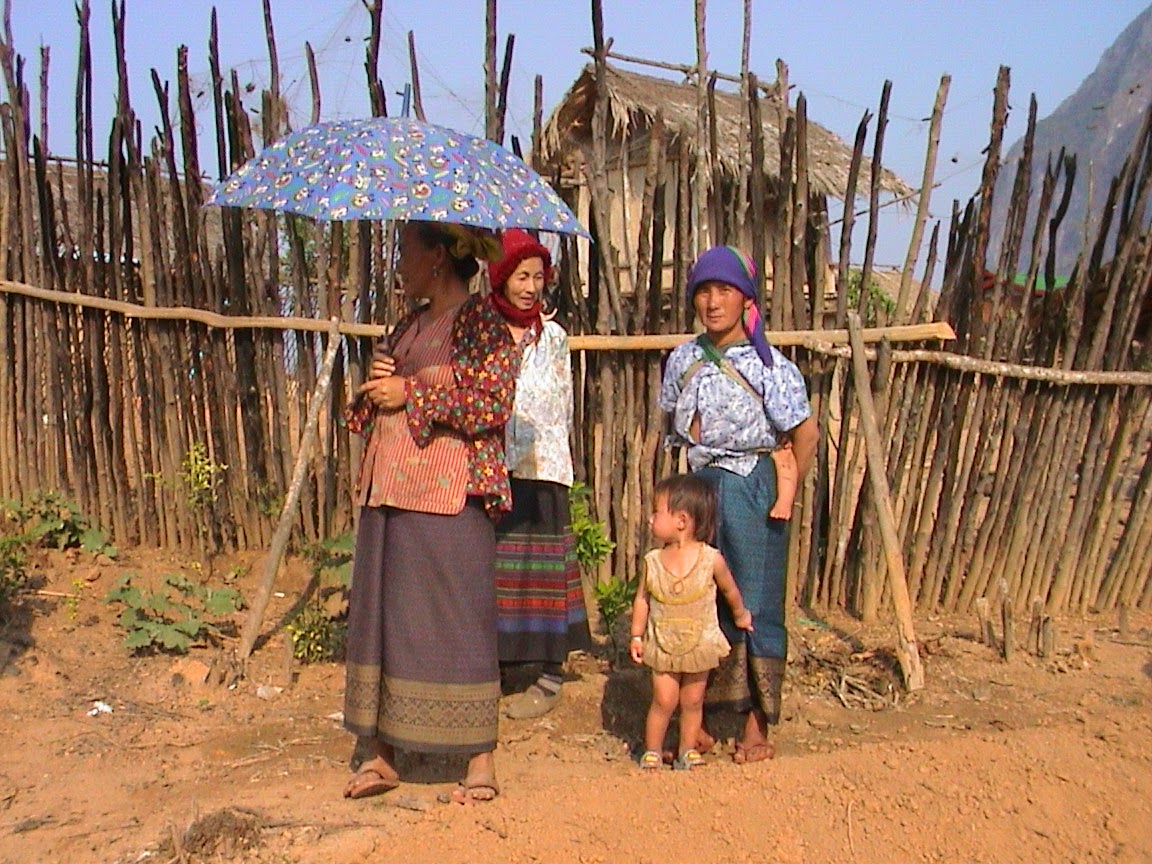 Asian Development Bank has approved additional financing to the Nam Ngum River Basin Development Sector Project (2004-2010), which aims to promote optimal use of water resources through integrated water resources management (IWRM) in the NNRB. To date, according to ADB’s evaluation report the current project Nam Ngum River Basin Development Sector Project (2004-2010) has contributed significantly to improved water governance, information gathering and processing, and watershed management both within the NNRB and nationally. The additional financing aims to consolidate and enhance these achievements. It aims to ensure that significant institutional developments under the current project are embedded in central and local government as well as water and natural resources management systems. Enhanced district and community participation and interagency coordination will facilitate synergy between sub-basin management and livelihood support services. These are necessary for effective IWRM within the NNRB.

Many of the stakeholders from the donor side and also MONRE stated that developing a legal and institutional environment for managing water resources has progressed well but the actual implementation and practical arrangements are lacking. It seems that the most critical challenge is the lack of capacity of Lao Government’s water use sectors to keep up with the very rapid increase of water development projects and to manage water resources in sustainable way and to support effective implementation of IWRM. Despite of many donor supported projects which aim at capacity building and improved coordination with and between numerous water-related agencies and Ministries, more needs to be done in improving the coordination. Also several officials interviewed stated that there is still unclearness about the roles of different water agencies. One of the main challenges is to introduce coordinated cascade management strategies and multi-purpose dam operation procedures into the basin’s barrages, using an integrated water resource management (IWRM) approach.

Based on the interviews and draft NNRB Plan the main causes of the existing challenges for water resources management in NNRB can be summarized as follows: growing population, land cover changes, problems with dam planning and operation, increasing mining and industrial activities, effects of the climate change, complex planning procedures and institutional coordination, and still young and weak IWRM authorities. The main consequences of not solving all those water challenges are water quality problems, uncoordinated dam operation, frequent floods and droughts, decline of the fish population, frequent water supply shortages during dry season, slow irrigation development, uncoordinated polices on water resources and lack of participation of grass root and private stakeholders on water decisions in the basin.