Anecdotes from the field 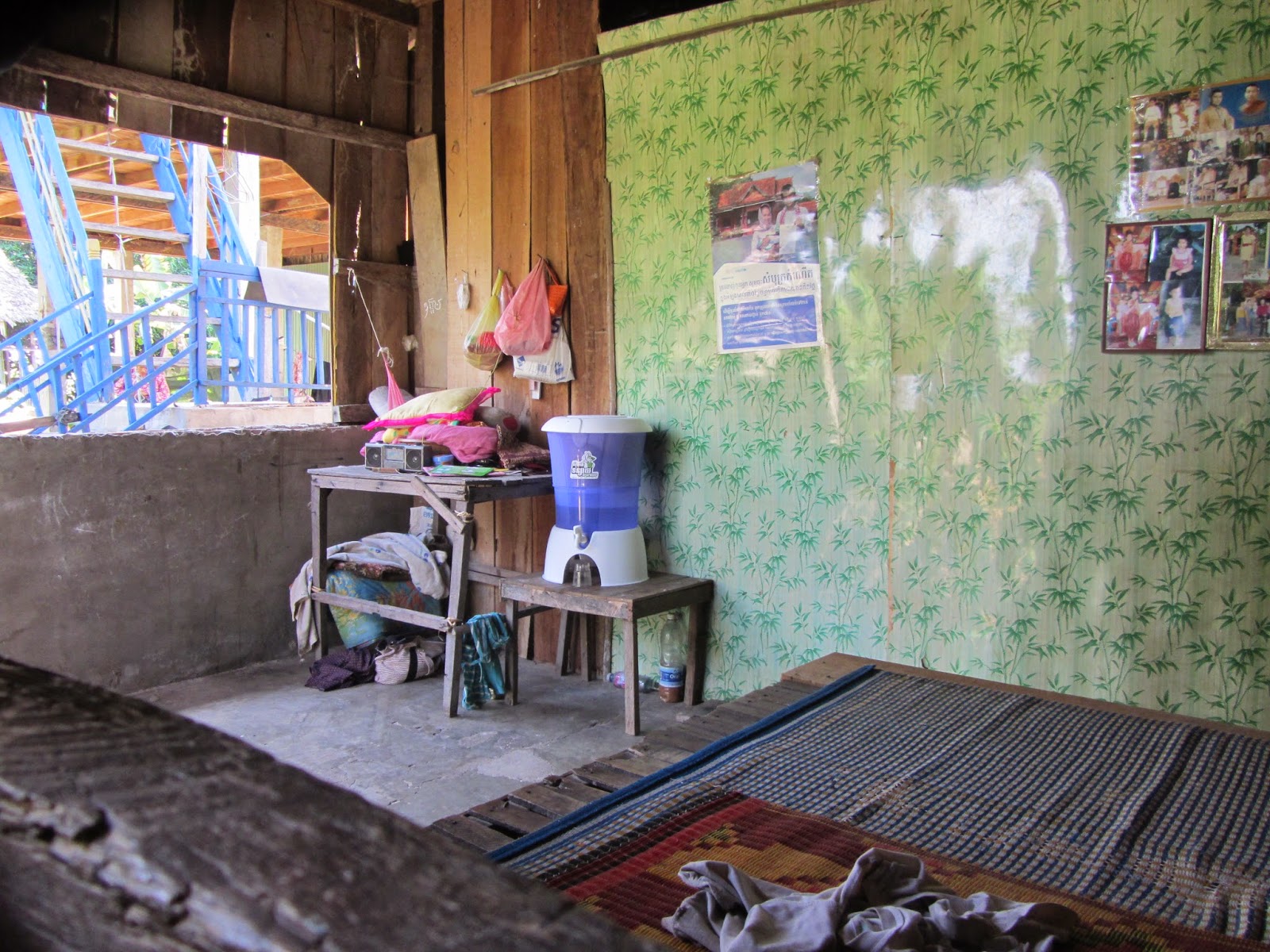 At the end of September I and Visa Tuominen travelled to Cambodia and Laos to spend about 3 weeks making field visits for the DIAMOND research project, conducted as part of Nordic Climate Finance funded project “Scaling up low carbon household technologies in the lower Mekong Subregion”. We had selected and contacted five household energy technology projects in the two countries. The projects were working with ceramic water filters that displace energy used for boiling water (Hydrologic in Cambodia and TerraClear in Laos), improved cook stoves that allow for more fuel-efficient cooking (GERES’s New Lao Stove in Cambodia and SNV’s ICS project in Laos) and biodigesters that provide animal owners with biogas (National Biodigester Program in Cambodia). We talked with the end users of the products in focus groups or during household visits; on top of that we visited the production sites and talked to the project staff.

We had looked into the projects in detail already before the visits and knew
quite well what to expect. Therefore it came as no surprise that many of our
questions were responded in the presumed manner. This is of course valuable
information, too. However, there are always some things that surprise you. On various
occasions we asked about how people would get their wood and found that some of them actually
might have to travel once or twice a month a 70 to 80 kilometer distance to go
collect free firewood for the house and spend the whole day just for that. On one occasion we found that stove production workers were paid up to 150 euros a month, well above the average income in the country. On
another visit the project sales personnel had hit a high gear on sales and the numbers on their paychecks had jumped from
a meager (but locally normal) 150 dollars base pay per person to 700-800 dollars a month. Since household energy technologies could as well be imported, which creates few new income generation opportunities for locals, it was pleasant to find these impacts on incomes.

One interesting
observation in the field was the spread of electricity network and what electricity
was used for. Some villages had recently been connected to the grid providing
the villagers access to more economic lighting and possibility to charge phones.
At least some of the households were using electricity also for cooking and
television – we even found one Cambodian household having a washing machine, which
is not at all common! One Laotian household had a fridge, which we hear is increasingly
more common in Laos due to somewhat lower price of electricity. In those villages
that were not grid-connected some people were using diesel-powered generators,
and even in some of those households you might find a TV and a DVD player. Yet
the price of electricity – from the generator as well as from the grid –
remained rather high for an average dweller to be able to afford it, especially
in Cambodia.
Overall the field work allowed us to get an idea of the characteristics and relevant considerations of household energy technology projects. The projects were rather heterogeneous with one another: various technology types, different scale of operations and different phases in the carbon crediting cycle. Over the course of the visit we got invaluable help from the project staff and from Try Thuon who provided us with interpretation during a couple of our field visits. The findings from the field visits and interviews will be discussed in the DIAMOND research report published in early 2015.
Links to
the projects
National Biodigester Program http://www.nbp.org.kh/
GERES http://www.cambodia.geres.eu/our_projects/new_lao_stove
SNV Laos
ICS project http://www.snvworld.org/en/countries/laos/our-work/projects/improved-cook-stoves
TerraClear http://www.laowater.com/
Hydrologic http://www.hydrologichealth.com/